While most of us can relate to the feeling of anxiety that comes with having skin issues on a big day, few of us can understand it quite to the same degree as Kathryn Lewek. The reason? She’s an opera star.

Skip ahead to Kathryn's 3 Year Update

Referred to as “one of opera’s strongest coloratura sopranos,” Kathryn has garnered international critical acclaim for her performances with the Metropolitan Opera, Deutsche Oper Berlin, Opera Leipzig, the Washington National Opera and countless other esteemed opera houses throughout the world. Her signature role as Queen of the Night in Mozart’s “The Magic Flute” has solidified her position as one of opera’s brightest rising stars.

Yet, despite having a glowing professional life, the same couldn’t be said for Kathryn’s skin. “I’ve spent years and years being ashamed of my skin as I participated in countless interviews and photoshoots, public gatherings, premieres and debuts,” she said. As an acne sufferer since age 17, the frequent use of stage makeup, sweating on stage in heavy costumes under hot lights, having extremely sensitive yet oily skin, and the stress of balancing a hectic schedule made for a dramatic combination that would often leave her experiencing painful cystic acne that caused redness and swollen spots on her skin for a week or more.

"I've spent years and years being ashamed of my skin as I participated in countless interviews and photoshoots, public gatherings, premiers and debuts"

The turning point for Kathryn came in 2016 when she had a facial at a salon in Chicago while there for a performance. “I explained to the esthetician that I wanted to improve my skin in time for my wedding in July of 2017,” she recalls. “In response, she told me ‘I’m not supposed to recommend products we don’t sell here at the salon, but I’ve had amazing results with this.’ The paper she handed me had the word ‘Lexli’ written on it.” Kathryn immediately began using the Lexli Acne Kit.

Kathryn notes that her skin underwent an adjustment period when she began using AloeGlyC® and Lexli Clarifying Lotion – two products in the Acne Kit – but after reading product reviews, she recognized these as normal side effects and stuck with it. Today, her skin is clearer and softer than ever before. 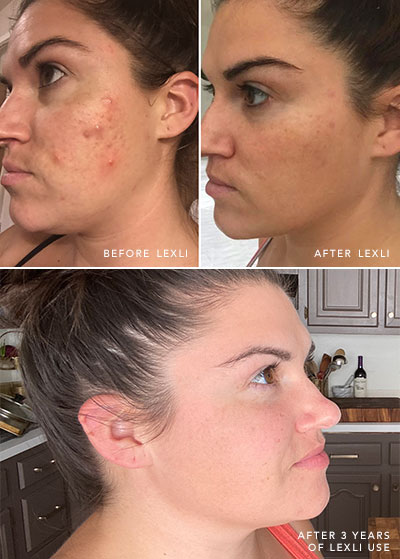 “Sometimes I think I’ll never get another spot on my face again because my skin is doing so well. Other times I wake up and have three blemishes on my jawline. But, it’s so different from what I have experienced in the past. My skin isn’t perfect; it’s still acne-prone. Lexli hasn’t changed the personality of my skin, it has just been really great therapy for it.”

In fact, Kathryn’s clearer complexion has boosted her confidence so much that she recently stepped out makeup-free. “I was on my way to have my makeup done for a performance in Salzburg, Austria and two fans stopped me by the stage door for an autograph. One of them pulled out a camera and asked for a photo with me. I hesitated for a moment, knowing I wasn’t wearing anything on my face, but then agreed. Maybe I didn’t look quite like a diva soprano without makeup but at least my skin looked great!”

Additionally, Kathryn increases her use of Lightening Lift masks when she is in the middle of a production or during stressful times to keep her skin looking its best. “I first started using Lightening Lift this spring and fell in love with it! It’s been a lifesaver for my skin.”

Kathryn’s advice for others experiencing persistent acne is simple: “Consistency is key,” she says. “Resist the urge to get frustrated and give up a healthy acne regimen just because you aren’t seeing an immediate improvement or suddenly have a breakout. Stay patient with your skin’s progress.”

Since meeting Kathryn Lewek three years ago and learning of her struggles with painful cystic acne that was compounded by her stressful and hectic schedule as an international performer, she has had many life changes. And through it all, she credits the use of Lexli products, along with her solid skincare routine for her continued skin health. We recently checked in with her for an update and here’s what she had to say.

“The last time I was in touch with the Lexli team, I was a thankful newlywed who had the clearest skin on my wedding day than I had ever had. Since then, my skin has improved even more, even through pregnancy with my daughter and now dealing with the rapidly approaching terrible two’s! My husband and I, like so many in the world right now, have been profoundly affected by the global Covid pandemic, and the stress of it all should be making my skin a mess. We have lost multiple jobs since March, our livelihoods in jeopardy, a new mortgage to pay for and a house under renovation. And yet, we count ourselves lucky. We are healthy and so is my skin!”

“I even convinced my brother, who has long suffered from dry painful patches on his face to try Lexli - and he’s not the “skincare” type. Imagine a tough military guy using skin cream! And he’s had amazing results. It’s been a tremendous relief for him.”

“I have such a solid skincare routine with Lexli that even layers of stage makeup can’t penetrate the healthiness of my skin. Of course, my skin isn’t perfect all the time, but it’s so massively different than it used to be. I am such a believer in the Lexli line! Many thanks again for creating such a wonderful line of products!”

“No amount of makeup used to be able to cover up the bumps and blemishes enough that I could have a flawless look like this!” 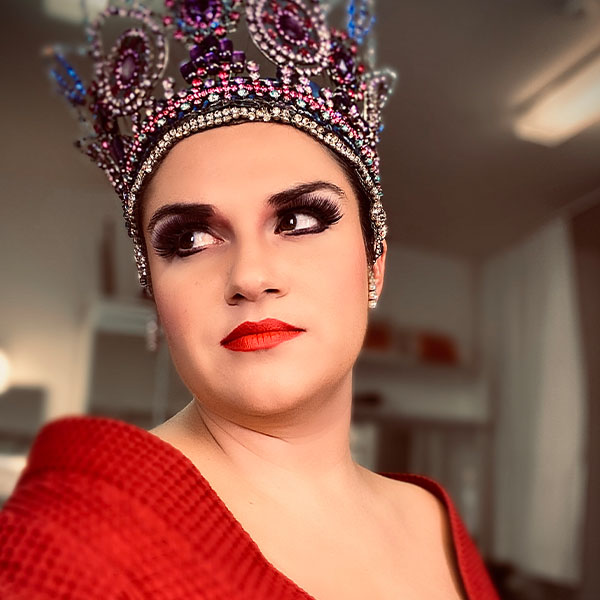 Backstage in dressing room at the Bayrische Staatsoper in Munich, Germany in January, 2020. Singing the role of Queen of the Night in Mozart’s Magic Flute.